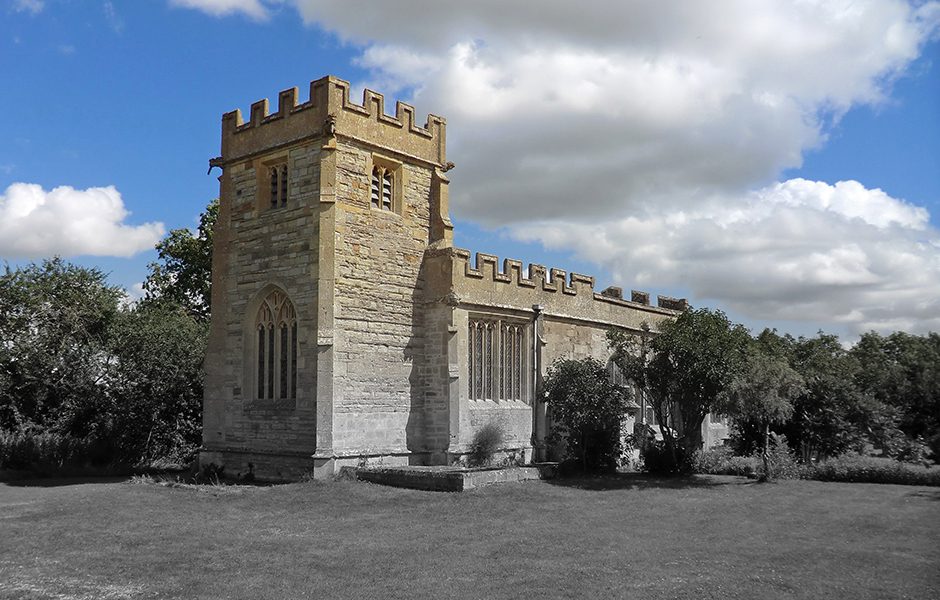 A major renovation programme was completed utilising the bonding properties of Ronafix at All Saints Church, Weston on Avon, Warwickshire. Specialist contractors fixed stone slips into the face of the church tower replacing the eroded and worn face.

The contractor had a difficult job on his hands. Trying to locate stone which matched the existing blocks in colour and texture was challenging. Fortunately, a local bridge built out of similar stone had just been demolished. The useful pieces were collected and taken back to the church for sizing, cutting and cleaning. There was an appeal in the local paper for people to offer any blocks they may have lying around their gardens; such was the importance of this restoration project and the rarity of the stone.

Once sufficient stone had been located it was important that none was wasted. As an economy measure and in an attempt to make the stone go further, it was decided that instead of replacing a whole block of stone a thinner ‘slip’ cut from a larger block, should be used, bonded o the cut back face of the original stone.

With this in mind, the contractor was uncertain whether this could be done and we visited the site and discussed the problem. The traditional method was to break out 150mm to 200mm of the old stone. After they needed to bed in a new piece using an ordinary mortar. Using Ronafix for bonding, it was possible to reduce the thickness to only 50mm. This helped in reducing the amount of stone needed and cutting down on time and money.

Consequently, the contract time was accelerated considerably and a lot of money saved. So much so that the project was put forward for the King of Prussia’s Gold Medal Competition. The competition is organised by the Historic Churches Preservation Trust.

The use of Ronafix increased the chance of success in the competition as well as helping to restore this historic structure.

Ronafix for Bedding and Bonding

Ronafix admixture improves the physical properties of sand/ cement mortar mixes, making them stronger and more durable.  In addition, the water permeability of Ronafix Mix C is extremely low. Therefore providing excellent resistance to frost and preventing passage of water through the mortar.