INTRODUCING RONADECK ULTRA BOUND!!!!!
We are hiring a Technical Salesperson!!! Find out more
RonaScreed SBR from £1.89 per litre
Want to learn more about concrete repair, screeds or SuDS? Book one of our CPD’s.
View our NBS plus product listing 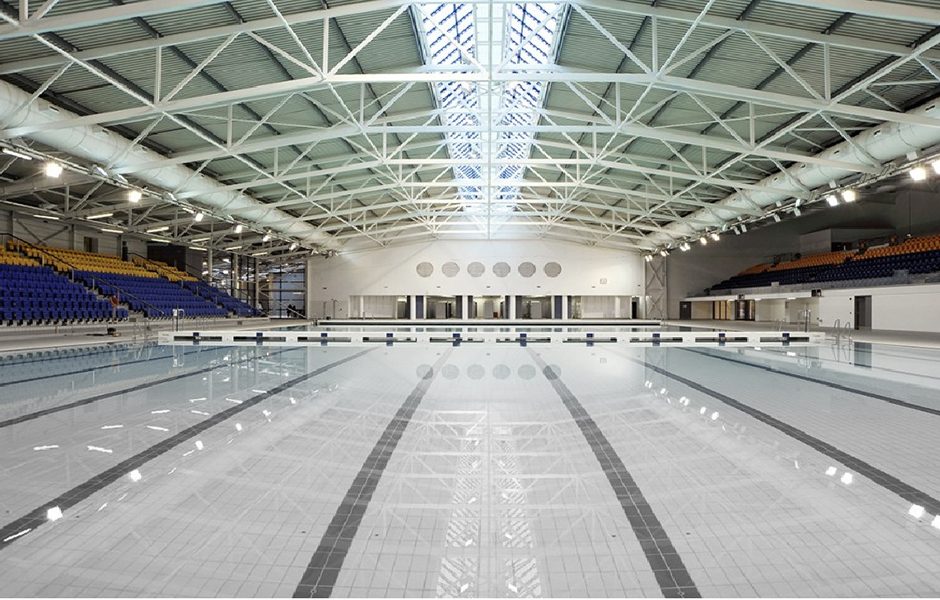 The Tollcross International Swimming Centre in Glasgow has been extensively refurbished in preparation for the Commonwealth Games 2014. The existing 50 metre pool has ten lanes and a new 50 metre six-lane warm-up and training pool has been added with new fitness suites, an extension of the changing rooms, improvements to the café, further seating and a general refurbishment of the existing facilities. These improvements will not only provide suitable facilities for the Games but also for future major international swimming competitions as well as providing an excellent permanent recreational and sporting facility for local residents. The project was funded by Glasgow City Council (£13.15 million) and sportscotland (£650,000), works commenced in May 2011 and the new centre was opened in May 2013.

As part of the redevelopment, the City of Glasgow Department of Architecture specified that the main contractors for the development, Barr Construction, should apply Ronafix Mix A to the stairways at the venue, to provide a hard wearing, dust proof, waterproof surface that could be laid in thin section. The screed was installed by sub contractor Industrial Floor Treatments

Ronafix Mix A is also available pre-packed as Ronafix Pre-packed Screed 6-50mm. It has high compressive, tensile and flexural strength and can be trafficked after 24 hours; design compressive strength is 38N/mm² in 24 hours and 70N/mm² after 28 days when cured at 200C.