Coronavirus Update
Book your place on our next resin bound product awareness training
Want some free resin surfacing samples? Order some today!
Want to learn more about concrete repair, screeds or SuDS? Book one of our CPD’s.
View our NBS plus product listing 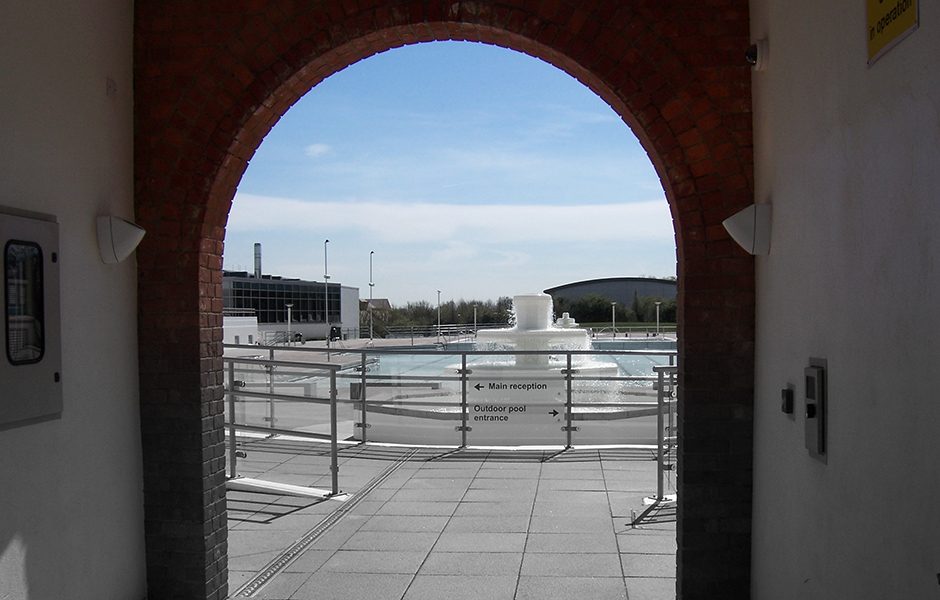 An Art Deco 1930s lido has been restored to its former glory as a result of the team efforts of Ronacrete, and leading restoration firms. Originally built in 1935, the lido was an elongated 12 sided star in shape with two fountains at either end. The lido closed in 1998 and since then had fallen into disrepair and was covered in graffiti.

The refurbishment which was overseen by English Heritage involved restoring the Lido’s distinctive features, such as the grandstands, cascades and entrance, which have survived almost unchanged since the leisure centre opened in the 1930s. The grade II-listed open air swimming pool, perhaps the Lido’s most recognizable attraction, was also lovingly refurbished.

A major part of the refurbishment works was to the Lido North Block. Ronacrete worked closely with specialist contractors to put together a specification that would provide the necessary protection and cosmetic appearance required by English Heritage. The entire surface was grit blasted to remove the old existing coatings before chasing out cracked sections in the brickwork and installing a Helibar system to restore the original structural integrity.

Following the structural remedial repairs, all elevations of the North Block were given a new surface finish using Ronacrete’s Ronafix modified polymer render to provide a securely bonded durable waterproof render. On completion of the application of the Ronafix render, the building was overcoated with Ronacrete’s  elastomeric protective/decorative coating – RonaBond Crack Bridging Anti-Carbonation Coating WB.

A key part of the brief from English Heritage was to keep the building exactly as it was, so all measurements had to match the existing right down to the last millimetre. Laser levels were used to ensure each new measurement and application of the Ronafix render was absolutely precise.